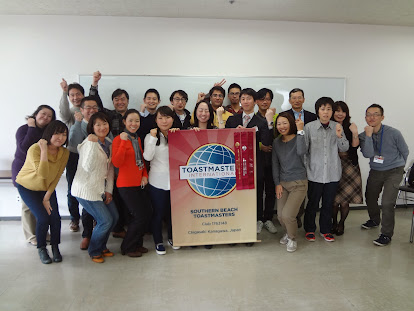 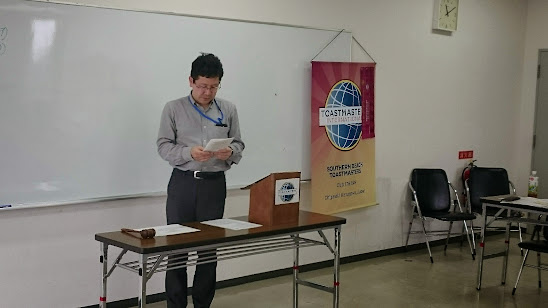 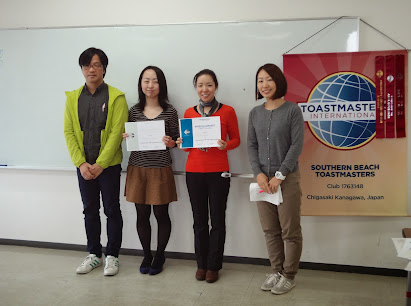 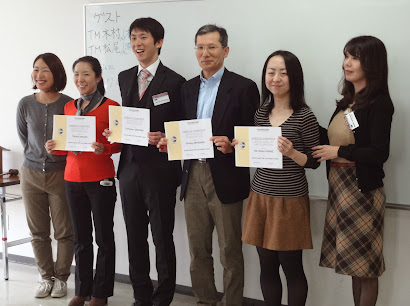 (Editor’s comment: TM T-be, thank you for the updates!)

Thanks to Contest chair TM S (English) and TM Y(Japanese), chief judge TM N and everybody else who participated in the club contest, our contest was a success resulting in the following winners:

The winners will participate in the area 45 contest on 3/1 at Chigasaki. Let’s go to the contest and cheer them up! 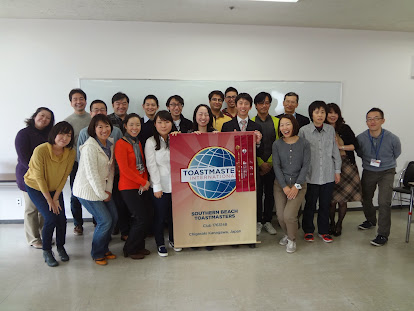 And… our TM S-ki will be chairing the area contest!

Editor’s note: The following is our English meeting report ( Thank you TM M-moto!) :

I was very surprised with her calmness for her first English contest chair.

The first speaker was TM M.N-san

The speech title was ‘Walk to talk”

I was captivated with her initial questions.

From her experience her Toast Masters carriers, she did 42 speeches last 8 years and belonged to 2 Toast Masters.

She listened to 15 speeches each month and multiplied almost 2000 speeches so far.

This experience is “Mother of wisdom”.

She promises easy to listening and re-motivated by fellow Toast Masters speech.

Since this.3 good points and 2 rooms for improvement.

After Toast Masters fellows delivery his or her speeches, she was looking forward to her or his challenge and story..

The tactics of good speech is not “Talk to walk speech(有言実行スピーチ) “.

She indicated the oratorical speech she chose was Malala Yousafzai speech..

Practice, Practice, she is success.

Coming back to her home, she felt uncomfortable. Why?

She imitated her speech such as 1 children, 1 pen change the world, education first.

This is catching word. But is it true? She forgot about the most important thing from her speech.

Her speech message is let the people to take an action to support the children who don’t any education in the world.

She needs to walk to talk from her speech. She decided to take an actiton. In her company she proposed 1 project such walk for children education.

At that presentation, the audience was not good atmosphere such as crossing his or her arms.

But she never gave up her speech just like Malala’s sprit.

After all she succeed in joining a lot of members for this project. For her this is a giant step.

Take an action from the speech message. This is the most important thing she thinks.

From Malala’s digest message, the lesson she learned, it’s not only to listen and be motivated by someone else’ speech,

I was very impressed and moved with her speech. I was very surprised with her vitality and activity such as proposing the project to her company HR. How amazing! Thanks to TM M.N-san.

The speech title was “Beyond your horizon”

At the beginning of his speech, he succeed in captivating all the audience.

The famous line was “ I had a dream”.

When he was a junior high school student, he grew his hair a little bit longer.

His story was very funny.

For Halloween party or etc, he had a dream to change his costume and positioned the center just like AKB.

For the first time, he was reluctant to try on this costume, after work he practiced dancing over and over again.

At the club party he succeeded in performing the dance and song.

After the party every member gave him a big applause. As a successor, he broadened his horizon.

Once your dream come true, you could expand your horizon just like him.

Your funny and insightful speech encourages every audience.

The speech title was ‘What are the most important thing before communication?”

Let’s produce the innovative product to be suitable for customer needs.

He remembered joining Toast masters about 6 years and pumping his heart at delivering his speech.

About 20 years ago he made a research presentation at the international conference in Greece.

He couldn’t control his nervousness and so speech was more than 10 minutes.

Returning to the start point, what is a communication?

Communication is to share information with you and to understand each other.

Then ask you to take an action for example.

How do you persuade to love me?

A song has come to him. UFO sung by Pink ladies. You can communicate each other by putting each other’s hands.

Touching communication will make a miracle!

I was very fascinated with his speech and do understand the important of communication.

I respect him regarding getting over his nervousness in delivering his speech.

Actually in my case, I always feel nervous beforehand and develop an urge to run away, even in the case of prepared speech.

I gave him a big applause.

For the first time I was captivated the first portion.

She spent a lot of time searching for the missing documents.

She made her mind to keep the simple life.

A several years ago, she experienced going to European countries such as Belgium and Norway.

At the check-in gate, her belonging was too big to board the airplane.

To lighten her belonging, the American designer recommended her.

She can save the time to search for missing items.

I was very impressed with her simple life such as she asked whether it is necessary or not.

Thanks to C.T san speeches. 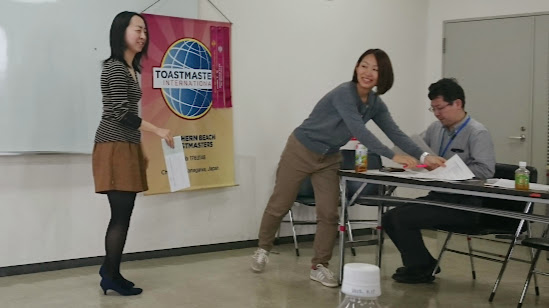 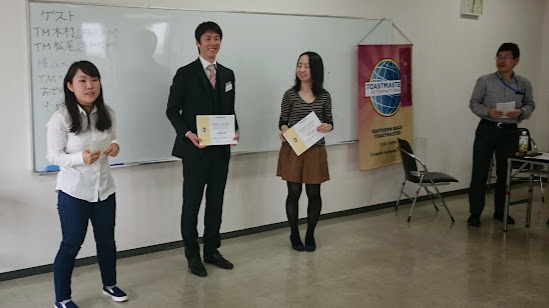